Benjamin Elbers, Thijs Bol, and Thomas A. DiPrete. 2020. Training Regimes and Skill Formation in France and Germany An Analysis of Change Between 1970 and 2010. Social Forces, forthcoming.

France and Germany are often portrayed as very different when it comes to school-to-work linkages: France focuses on general education, which means that graduates find jobs in all kinds of sectors. Therefore, the link between education and occupation should be low in France. Germany provides specialized education, leading to a strong match between educational degrees and jobs. High linkage means that one's educational degree is very predictive of the occupation one is employed in. Low linkage means that the educational degree has no consequence for the kinds of occupations one works in. We use a segregation index, the Mutual Information Index M, to capture this idea.

We used different sources of microdata (French labor force surveys, German censuses, and the European Labor Force Survey) to study whether the characterization of France as low-linkage and Germany as high-linkage was true, both historically (in 1970) and now (well, in 2010). 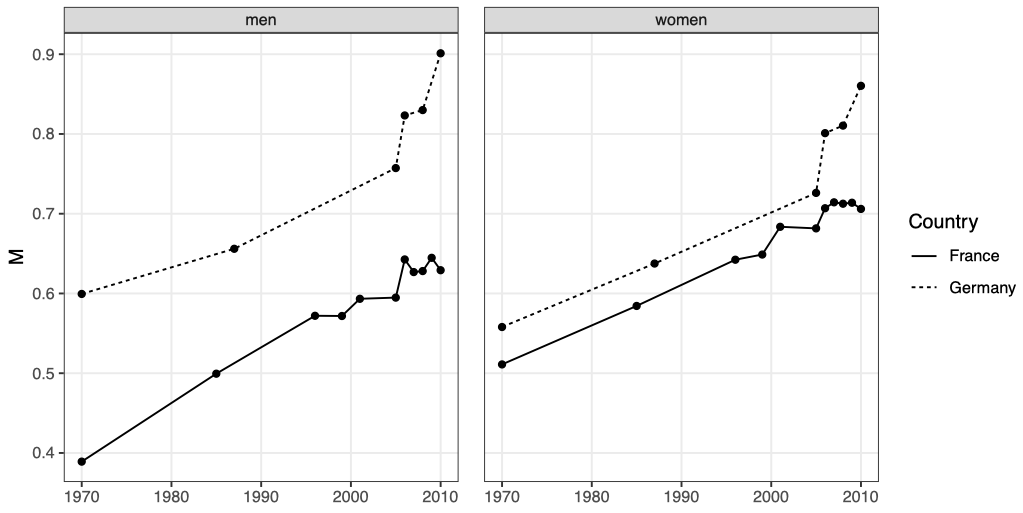 Figure 1: Differences in school-to-work linkages when viewed from the male (left) and female (right) perspective

Clearly, linkage has also increased over time. This can happen for many reasons, for instance, it could just be because of educational expansion. (Higher educated people usually have higher linkage, as they are more specialized.) To disentangle the different sources, we used a decomposition method that is described in another paper.

When comparing Germany in 1970 to Germany in 2010 (right-hand panel of Figure 2), we find that the increase is indeed mostly explained by the differences in educational composition. In France, the changing educational composition has also increased linkage, but a large part of this decrease has been offset by declines in structural linkage, which is that part of linkage that is unexplained by changes in the composition of the workforce.

Comparing the countries to each other is even more interesting! In Figure 3, we find that Germany's higher linkage in 1970 is almost entirely explained by Germany's different educational distribution. In other words, France's educational system was providing as good a match as the German system did, but it provided such a good match for a much smaller part of the workforce. In 2010, a lot of the difference is structural, consistent with the over-time comparison. The results in the paper are much more detailed, breaking down the components further by education and occupation.

Figure 3: Decomposition of Differences in Linkage, France vs. Germany

To summarize, we find three things:

Because the change within countries has been so strong, we argue against characterizing educational systems at the national level, especially over longer periods of time. There has been a long tradition in sociology to characterize the German system as “qualificational” and the French system as “organizational”. Our results raise the question whether such cross-national classifications of skill formation systems do justice to actual cross-national differences. We believe this not to be the case. When looking more closely into how school-to-work linkages are established, countries might be similar on some aspects (structural linkage), but differ on others (composition of workers across the programs). Moreover, the differences within countries are as large or larger than differences between countries.